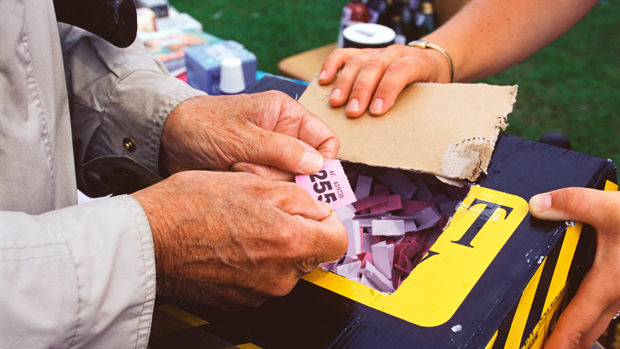 Two families now have full bellies and bright smiles thanks to the generosity of one lucky Whanganui man.

Bruce Tonkin last week found out he was the winner of a Whanganui High School rowing team raffle, granting him a $500 four-minute mad dash around Pak'nSave Whanganui to grab anything and everything he wanted.

But instead of filling up his own fridge, he decided he wanted to fill up someone else's.

Tonkin approached Family Works Whanganui who jumped at his idea to donate the food to those in need.

Asked why he donated the food, Tonkin said it was simple.

"When I first found out about it, I did the normal human thing and ran straight to the supermarket to see what to grab. I got home and was having a beer and a ciggie and I thought, 'I don't actually need any of this'."

Tonkin said he looked up some community organisations and came across Family Works.

"I thought 'right, I'll go find a community service that can use it to benefit a family', and ended up knocking on the door here," Tonkin said.

"I've got everything I need. I don't need any more."

"It's fantastic. We've got a lot of families struggling at the moment. To see this is really heartwarming."

Elizabeth, the recipient of one of the food parcels, said the support will go a long way to helping her get back on her feet.

"When you've had a year like we've had, and you've made that hard choice to make your life better, it isn't easy. You just do it and try and make a better life," the mother said.

"Having someone do something so kind just reminds you that there is still kindness out there."