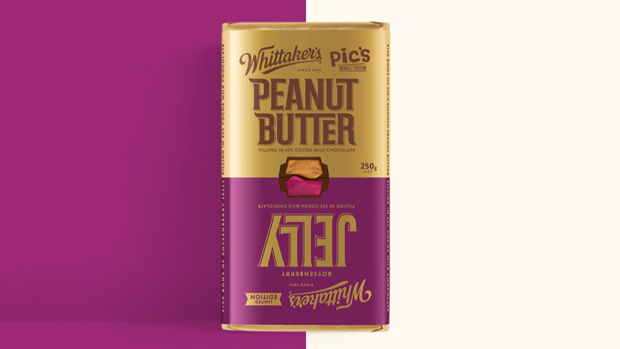 Whittaker's are at it again ... and we think this could be their best invention yet!

The confectionery giant has just announced it will be releasing a brand new 'Peanut Butter and Jelly' chocolate block.

The 250g Peanut Butter and Jelly Block is split in half with one side being filled with Pic's peanut butter and the other being Nelson Boysenberry jelly - all covered in 33% cocoa Whittaker's milk chocolate of course.

Whittaker's co-Chief Operating Officer, Holly Whittaker, says having more than one filling in a block is a first for Whittaker’s and something a bit different from the way other chocolate flavour combinations are produced.

"Whittaker's Chocolate Lovers can enjoy the delicious taste of either the peanut butter or boysenberry jelly-filled pieces, or stack them together to make their own peanut butter and jelly 'sandwich.'

Not to mention the new flavour uses 100% New Zealand ingredients, sourced from Nelson.

Like all good things in life, the chocolate block will only be available for a limited time.

Whittaker’s new Peanut Butter and Jelly Block will be available in supermarkets nationwide from Monday 21 June.