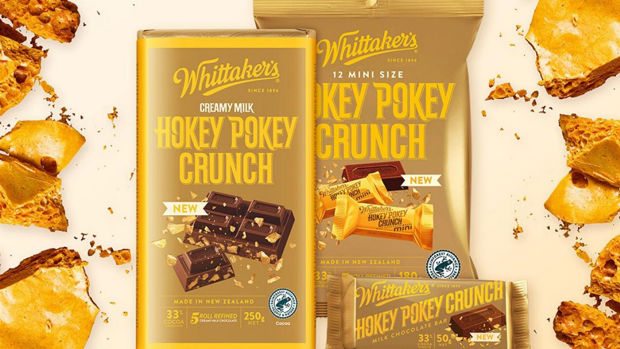 Whittaker's has just announced it will be releasing a brand new Hokey Pokey chocolate slab with even more crunchy goodness.

"We hope Whittaker’s Chocolate Lovers will agree our new Hokey Pokey Crunch is just as delicious but a lot more crunchy than before, delivering an all-round better sensory experience, encompassing both texture and taste."

As always, the New Zealand chocolatiers have got the help of high-profile Whittaker's fan Nigella Lawson to promote the new chocolate slab.

"Nigella has been a delight to work with on this campaign. As well as her genuine passion for Whittaker’s Chocolate she always brings absolute professionalism," said Holly.

Whittaker’s new Hokey Pokey Crunch will be available in supermarkets nationwide from Monday 24 May.