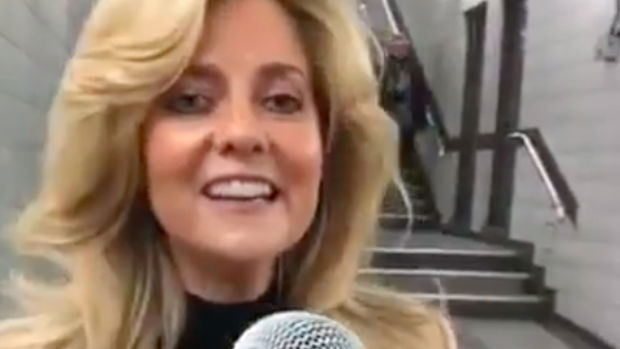 One woman has gone viral this week after a video of her singing Lady Gaga and Bradley Cooper's A Star Is Born hit song 'Shallow' in a subway station was released.

This guy challenged strangers to ‘finish the lyrics’ and this woman passing by started belting out Shallow like she was performing at the Oscars, literally flawless 😭

As part of a social media challenge "Finish the Lyrics," British comedian Kevin Freshwater takes to the street to challenge strangers to sing the next lyrics of popular songs.

However, Freshwater was left speechless when Charlotte Awbery sang the lyrics to 'Shallow' in absolute perfection.

The clip has since been viewed more than 13 million times on Facebook!