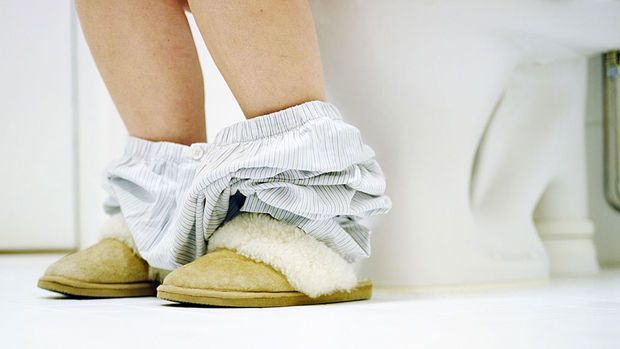 However, one woman has got the world second-guessing themselves after she revealed how many rolls of toilet paper her household uses in one week.

Starting a heated debate on Mumsnet, the anonymous woman claimed her household of three goes through nine rolls in seven days.

She then asked whether her housemates' usage was excessive and what others considered a normal amount to use.

"Three adults in my house, two male, one female. I buy a pack of nine a week and we are using 90 per cent of it."

"Honestly, I think someone is eating it! What do you use? Is this excessive?" she questioned.

And the debate began.

Many were shocked by the usage, saying a pack of nine would last their household a month.

"We have two adults and two children and we use two to three toilet rolls max a week. We'd probably use a lot less if the kids didn't use half a bog roll every time they had a poop," one woman said.

"Far too much. Maybe change diet lol," another joked.

READ MORE:
• 22 unexpected everyday things that are dirtier than your toilet
• How checking the toilet could save your life

"Two adults, one child (4yr old) we use around four rolls a week. A nine-pack lasts just over two weeks," a third responded.

"I think it does depend on what toilet paper you buy. I buy the dear stuff and it lasts ages, it's thick and quilted. I'm assuming the cheaper rolls are thin so you'd need more paper," someone else suggested.

However, not everyone was surprised by the "excessive amount".

"I buy 12 a week and we use them all normally … two adults three kids," one mother admitted.

"I think the amount of girls v boys makes a massive difference. You surely go through more if you have girls. We're a family of seven, is females vs my husband. Youngest two are still in nappies so there's me, hubby and three girls, and we go through a 24 pack probably every month," the mum revealed.

Another added: "There's seven of us and the toilet roll use is ridiculous. I can walk in the bathroom and there'll be half a roll then the next time you go it's gone. I buy a pack of six on a Monday come Friday/Saturday, I'm buying more."

How many rolls would you use in a week?