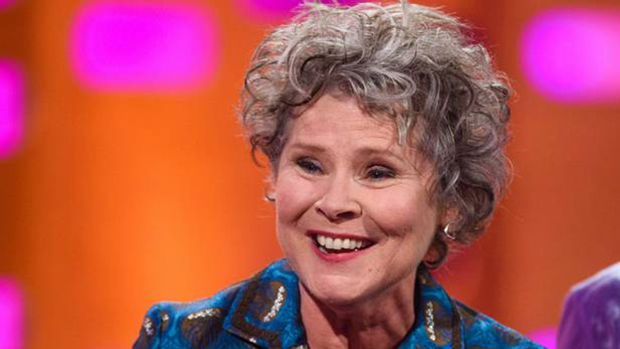 A celebrity encounter with British acting royalty at an Oamaru restaurant has made it on to the Graham Norton Show.

Responding to a question from Norton about being noticed wherever she went, Imelda Staunton, who played pink-suited Harry Potter tyrant Dolores Umbridge, talked about making the front page of the Otago Daily Times during a visit to New Zealand in 2016 with her husband and fellow actor Jim Carter.

Imelda Staunton talked about Oamaru, and a story I wrote about her visit in the Otago Daily Times, on The Graham Norton Show. I am not calm. 🙌🏼😍🇳🇿😂 pic.twitter.com/r54v3SjBHf

In the episode which aired on Three on Friday last week, Staunton said she and her husband, who is best known for playing butler Mr Carson on Downton Abbey, were noticed by fans in Oamaru and asked if they could be in a picture.

"And we made it to the Otago [sic] Times, the front page."

She went on to joke about their frustration about only making it to the bottom of the front page.

"We were knocked off by triplets happy to go back to school."

At that point Norton joked about the importance of education.

A quick bit of research found her story - apart from the poor pronunciation of Otago and missing the Daily in ODT - checked out.

Staunton and her husband made the front page of the ODT in February 2, 2016, after posing for a photo with Portside Restaurant staff Jacqui Fodie, Rachel Webb and Lucy Bloxsom.

And yes she was knocked off the top of the page by triplets happy to be back at school - in fact they were Taieri Mouth identical triplets Olivia, Charlotte and Haylee, who were six years-old at the time.