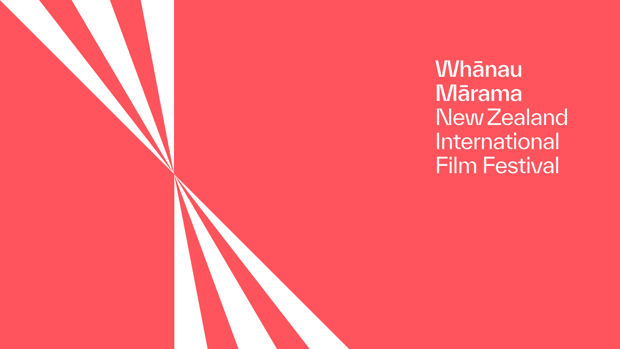 NZIFF 2021 will open in Christchurch on Friday 29 October, followed by Wellington on Thursday 4 November.

Christchurch's Isaac Theatre Royal and the Lumière Cinemas will screen 95 feature films from 37 countries, while Wellington – which celebrates its 50th year of the film festival this year – will screen a total of 164 feature-length films from 51 countries over 18 days across its eight venues.

Grand Prix Winner: A Hero (Ghahreman)
Iran 2021
Director/Screenplay: Asghar Farhadi
Rahim is in prison because of a debt he was unable to repay. During a two-day leave, he tries to convince his creditor to withdraw his complaint against the payment of part of the sum. But things don't go as planned.

Grand Prix Winner: Compartment No. 6 (Hytti nro 6)
Finland, Germany, Estonia, Russia 2021
Director: Juho Kuosmanen
As a train weaves its way up to the arctic circle, two strangers share a journey that will change their perspective on life.

Un Certain Regard Award Winner: Unclenching the Fists (Razzhimaya kulaki)
Russia 2021
Director: Kira Kovalenko
In a former mining town in North Ossetia, a young woman struggles to escape the stifling hold of the family she loves as much as she rejects.

Golden Lion Winner:  Happening (L’événement)
France 2021
Director: Audrey Diwan
An adaptation of Annie Ernaux's eponymous novel, looking back on her experience with abortion when it was still illegal in France in the 1960s.

Grand Jury Prize ‘Silver Lion’ Winner: The Hand of God (È stata la mano di Dio)
Italy 2021
Director/Screenplay: Paolo Sorrentino
The story of a boy in the tumultuous Naples of the 1980s. Sorrentino's most personal film yet is a tale of fate and family, sports and cinema, love and loss.

Grand Jury Prize Winner: Wheel of Fortune and Fantasy (Guzen to sozo)
Japan 2021
Director: Hamaguchi Ryusuke
An unexpected love triangle, a failed seduction trap and an encounter that results from a misunderstanding, told in three movements to depict three female characters, and trace the trajectories between their choices and regrets.

Jury Prize Winner: Mr Bachmann and His Class (Herr Bachmann und seine Klasse)
Germany 2021
Director/Screenplay: Maria Speth
An absorbing documentary about the inspiring story of one teacher making a difference in the lives of migrant children in rural Germany.

Silver Bear Winner: Natural Light (Természetes fény)
Hungary, 2021
Director: Dénes Nagy
World War II occupied Soviet Union: István Semetka is a simple Hungarian farmer who serves as a Sub-Lieutenant in a special unit scouting for partisan groups. On their way to a remote village, his company falls under enemy fire. As the commander is killed, Semetka must overcome his fears and take command of the unit as he is dragged into a chaos that he cannot control.

World Premiere: A Mild Touch of Cancer
Director: Annie Goldson
Successful businessperson, comedian and author David Downs had just months to live when he entered a clinical trial of an innovative cancer treatment in the U.S. Within weeks, he was in complete remission, and two years later he is deemed cured. Now, he has dedicated himself to helping New Zealanders around the country face their own cancer journeys. We follow their stories of life and death.

Ayukawa: The Weight of a Life
Director: Tu Neill
How does a small Japanese whaling town adapt to a post-whaling world? In this sensitive study, local inhabitants reflect on the decline of local industry and the devastating tsunami that hit Ayukawa in 2011.

World Premiere: Mark Hunt: The Fight of His Life
Director: Peter Bell Brook
After overcoming a challenging childhood, ‘Super Samoan’ fighter Mark Hunt went on to achieve professional and personal success in the world of mixed martial arts, battling for justice in a sport known to be riddled with drug cheats. Hunt fought to achieve fairness in one of the most challenging and high-profile sports in the world, whilst tackling his personal demons to become the man and father that he is today.

World Premiere: Millie Lies Low
Director: Michelle Savill
A broke and anxiety-ridden architecture grad misses her flight to New York for a prestigious internship. She decides to fake having made it to New York, while laying low in her hometown, scrounging for another ticket.

Mothers of the Revolution
Director: Briar March
Mothers of the Revolution tells the story of one of the longest protests in history. Between 1981 and 2000, thousands of women from around the world came together at Greenham Common to take a committed stand against nuclear proliferation. Minimised by the media, the film reveals the women as the Cold War heroes they were, who persisted in the face of arrests, condemnation, and scorn, took on a superpower, and changed the world.

Patu! (NZIFF 2016)
Forty years on from the 1981 Springbok tour, Merata Mita's landmark film has been restored and remastered. The film is a startling record of the mass civil disobedience that took place throughout New Zealand in protest of the South African rugby tour.

World Premiere: Signed, Theo Schoon
Director: Luit Bieringa
Art historian and filmmaker Luit Bieringa (Ans Westra: Private Journeys/Public Signposts, The Man in the Hat) re-examines the life and career of Dutch immigrant artist Theo Schoon. In the context of New Zealand’s culture in the second half of the 20th century, Schoon rocked our world. For all the noise that has surrounded his legacy, the artist that emerges from this film is one who gave infinitely more than he took.

World Premiere: Whetu Marama – Bright Star
Director: John Mills & Aileen O’Sullivan
Polynesians were the greatest voyagers on earth, sailing the vast Pacific by the stars. However, their ancient art of navigation was lost for 600 years, until the stars realigned and three men from far flung islands – a Hawaiian, a Micronesian and a Māori – met by chance. Together they revived past practices, restoring their people’s place as the greatest navigators on the planet.

Woodenhead
Director: Florian Habicht
NZIFF premieres a colourised version of Florian Habicht’s debut feature, Woodenhead (NZIFF 2003). Filmed in Northland’s lush forests and spartan hill country, Woodenhead conjures a unique, fairy-tale-like realm. Gert, an innocent rubbish-dump worker, is charged with the task of delivering Princess Plum, the ethereal daughter of his master Hugo, to her wedding in Maidenwood. Their journey through the grandeur of New Zealand’s landscape is beset with strange events.