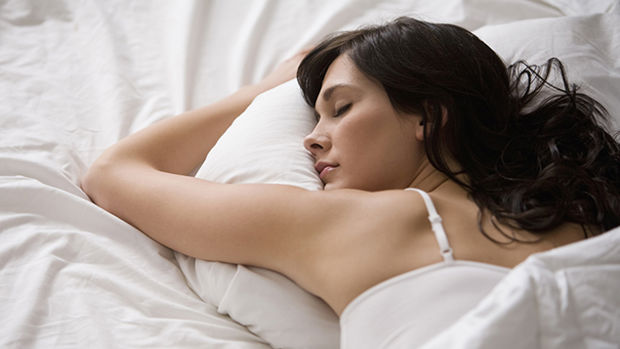 Are you someone who hits the snooze button a million times before finally dragging yourself out of bed in the morning?

Well, we have good news for you!

You're not "lazy", you're actually intelligent.

Yep, those who struggle to get up in the morning are potentially more intelligent, creative and happy compared to their early bird counterparts.

According to a study by psychologist Satoshi Kanazawa and 'Psychology Today' editor Kaja Perina, the snooze button is a relatively new concept for our bodies to adapt to.

Which means those of us who hit snooze are better at readjusting to new styles of sleeping conditions.

Satoshi said: "Virtually all species in nature, from single-cell organisms to mammals - including humans - exhibit a daily cycle of activity called circadian rhythm.

READ MORE:
• How to check if your pillow is why you aren't getting a good night's sleep
• Why having your dog sleep in your bed with you gives you a better night's sleep

"However, humans, unlike other mammalian species, have the unique ability - consciously and cognitively - to override their internal biological clock and its rhythmic outputs. In other words, at least for humans, the circadian rhythm is not entirely a matter of genetics.

"Within broad genetic constraints, humans can choose what time to go to bed and get up - choosing to be night owls or morning larks."

Ignoring your initial alarm settings and waking up from your heavenly slumber on your own terms means you’re more likely to follow your ambitions and find solutions to problems yourself.

According to Kanazawa and Perina this kind of initiative ‘makes you more creative and independent’.

The research is backed by a similar study which was conducted at the University of Southampton.

The university found those who went to bed by 11pm and didn’t wake until 8am had a much happier lifestyle and earned more money.